She grew up in San Ignacio, Sinaloa, Mexico. In the latter half of the 1930’s, Maria Elisa had a daughter.  Then, two years after her father died, Maria Elisa, at age 31, immigrated to the United States, through the port of Nogales, AZ. Unfortunately, the scans from Ancestry.com are in pretty bad shape (click to enlarge): 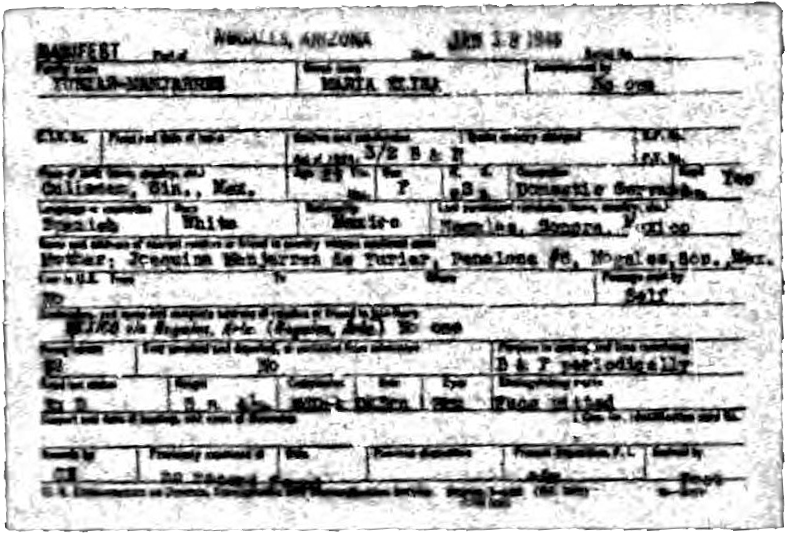 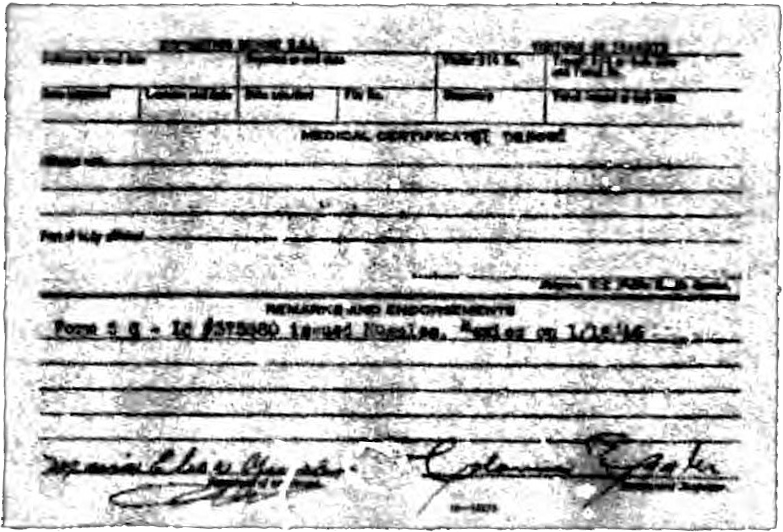 Here’s what I was able to read: 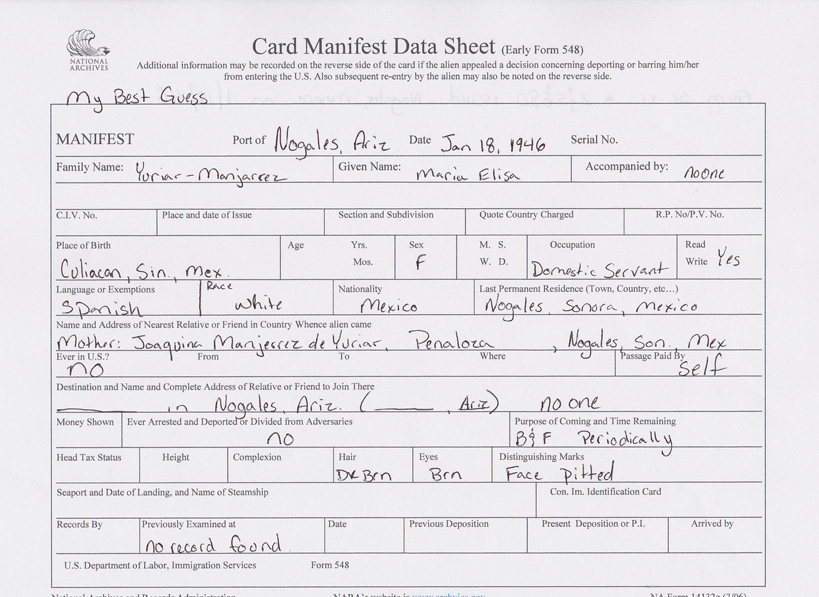 It seems to say that she was traveling back and forth between Nogales, Mexico, and Nogales, Arizona, probably for work as a domestic.